The dialogue picture for the Bombardier factory was developed in several steps. Initially an internal workshop was organized for Bombardier employees, where they discussed and agreed upon dialogue picture topics themselves. Partly, first scene drafts originated that were meant to emerge in the picture later on. On the basis of the grid, which had already been used for another Bombardier factory, the positions of the individual scenes could be determined from the start.

The content, which had been worked out during the workshop, was forwarded directly to Dialogbild and implemented there by illustrators. The illustrations were sent back to Bombardier in a timely manner so that the employees were able discuss them in a workshop. Thanks to this close contact between Dialogbild and the Bombardier factory we managed to tailor the content of the dialogue picture perfectly to the needs of the customer.

The grid used in the Bombardier dialogue picture, already found application in a previous picture and helped to identify precisely where to place scenes in the picture. Hence, each element of the picture could be allocated to a specific position.Communication became much easier with it. Besides the grid assured that the complete scenes had the right perspective and could easily be exchanged or shifted to another position later on.

“The individual departments developed their missions on their own. It was clear to them, how to understand their role. The development of the dialogue picture was not only effective because we could quickly establish a common understanding for one another, but also because the respective self-image was questioned once gain.

The result is now used at various events in order to communicate the mission to the staff. For further support, the picture was also placed at a central position in the company.”

INDIVIDUAL SCENES AND THEIR MEANING

An untidy workspace appeals to be frustrating. It paralyzes productivity – which leads to longer working hours. A tidy desk makes life easier.

The know-how of the older generation is valuable and shouldn′t get lost. Like the Olympic Flame, that may not expire, an older employee passes his knowledge on to the next generation.

Satisfied customers are important for the well being of the company. Only when a customer is satisfied, he will continue place additional orders.

An employee, who was involved with the production, proudly presents the new train to his family. To be able to see and experience the result of your own work raises self-confidence and self-esteem of the employees. 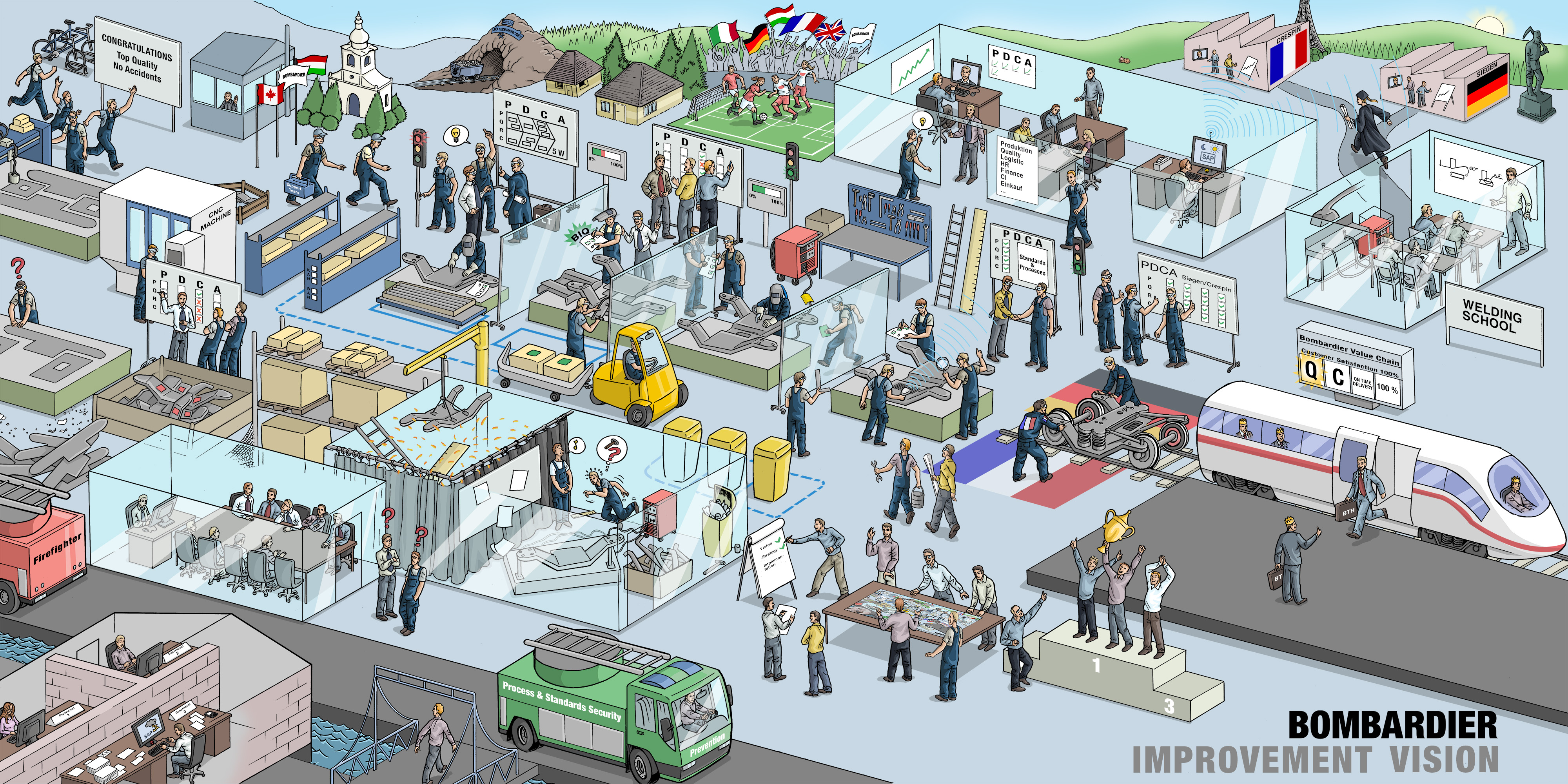