THE TARGET PICTURE
FOR ALMO ERZEUGNISSE

Creating transparency about the target system, making it understandable and easy to communicate to all employees, providing the opportunity for personal identification and describing the way into the future to ultimately provide a higher-level orientation for the entire company - these were the reasons why ALMO decided to create a dialog picture.

Together with DIALOGBILD and Goldpark as professional partners, a dialog picture was developed and implemented for ALMO. During the first step, the already existing target system was supplemented by a „north star“ and derived core statements. This creative process was moderated and supported by Goldpark.

The target picture was developed on the basis of the „north star“, key messages and ALMO's strategy and corporate mission statement. It was important for the company to integrate employees and executives into the development process. Therefore, executives and employees of all departments as well as members of the works council participated in three workshops.

The target development workshops were presented by DIALOGBILD in an open and integrating way. The participants were able to voice their opinion and their thoughts and DIALOGBILD managed to enthuse everyone - including the critics - for the target picture and ensure the personal identification with the images content. This created a positive undertone for the target picture even before its official implementation.

„With DIALOGBILD and Goldpark we had the optimal mix of know-how, presentation and support for our dialog picture process.“

In order to support the roll-out of the dialog picture, DIALOGBILD developed different dialog room games for the introductory event of the target picture.
This creates an interactive experience that involves the individual employees and invites them to engage with the target picture.

INDIVIDUAL SCENES AND THEIR MEANING

We adapt our quality standards for medical products to the requirements of our clients.

ALMO values ​​quality and reliability as well as compliance with standards within the company.

The cooperation with partners and suppliers takes place on equal footing.

Everyone cooperates to drive the company's growth. 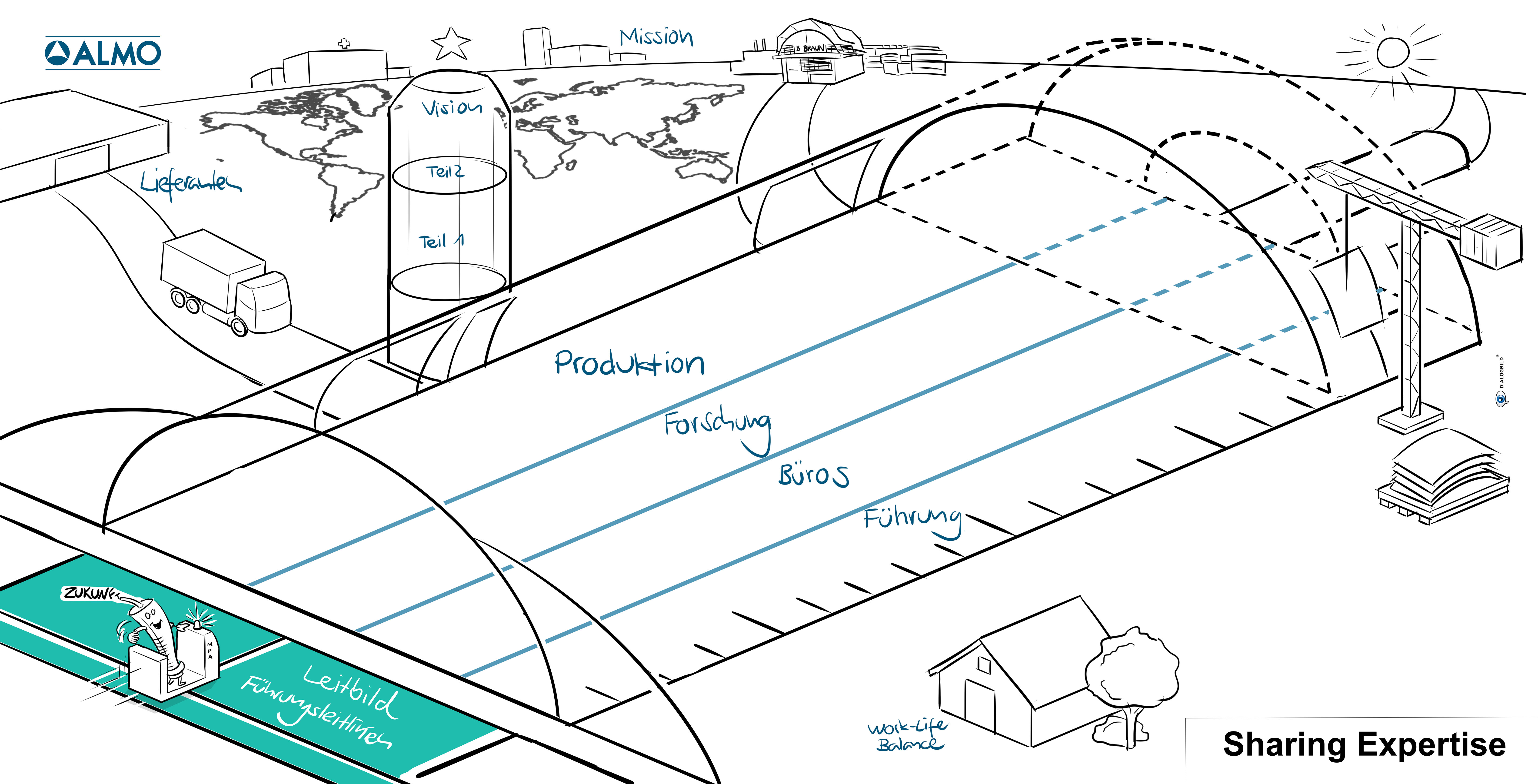 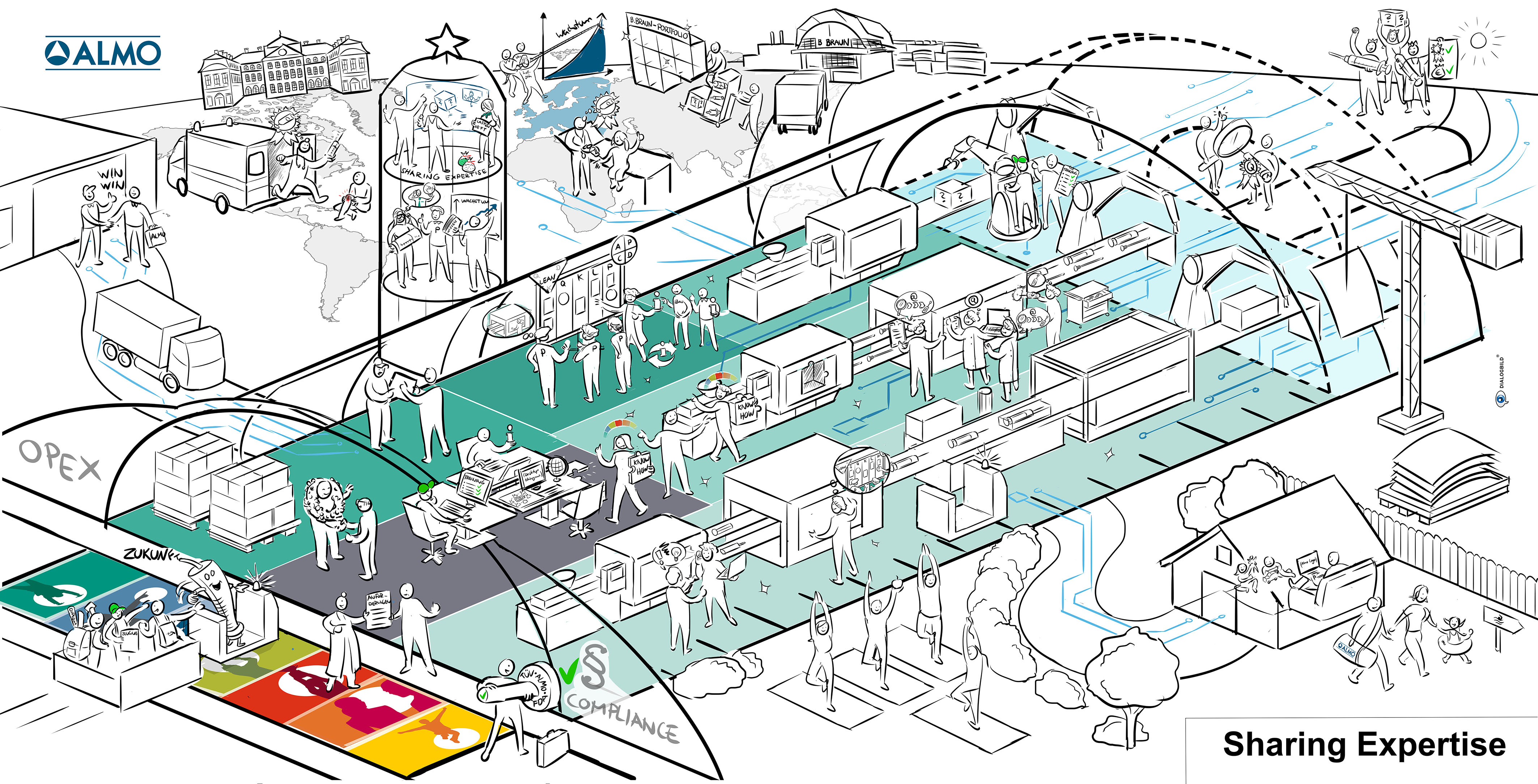 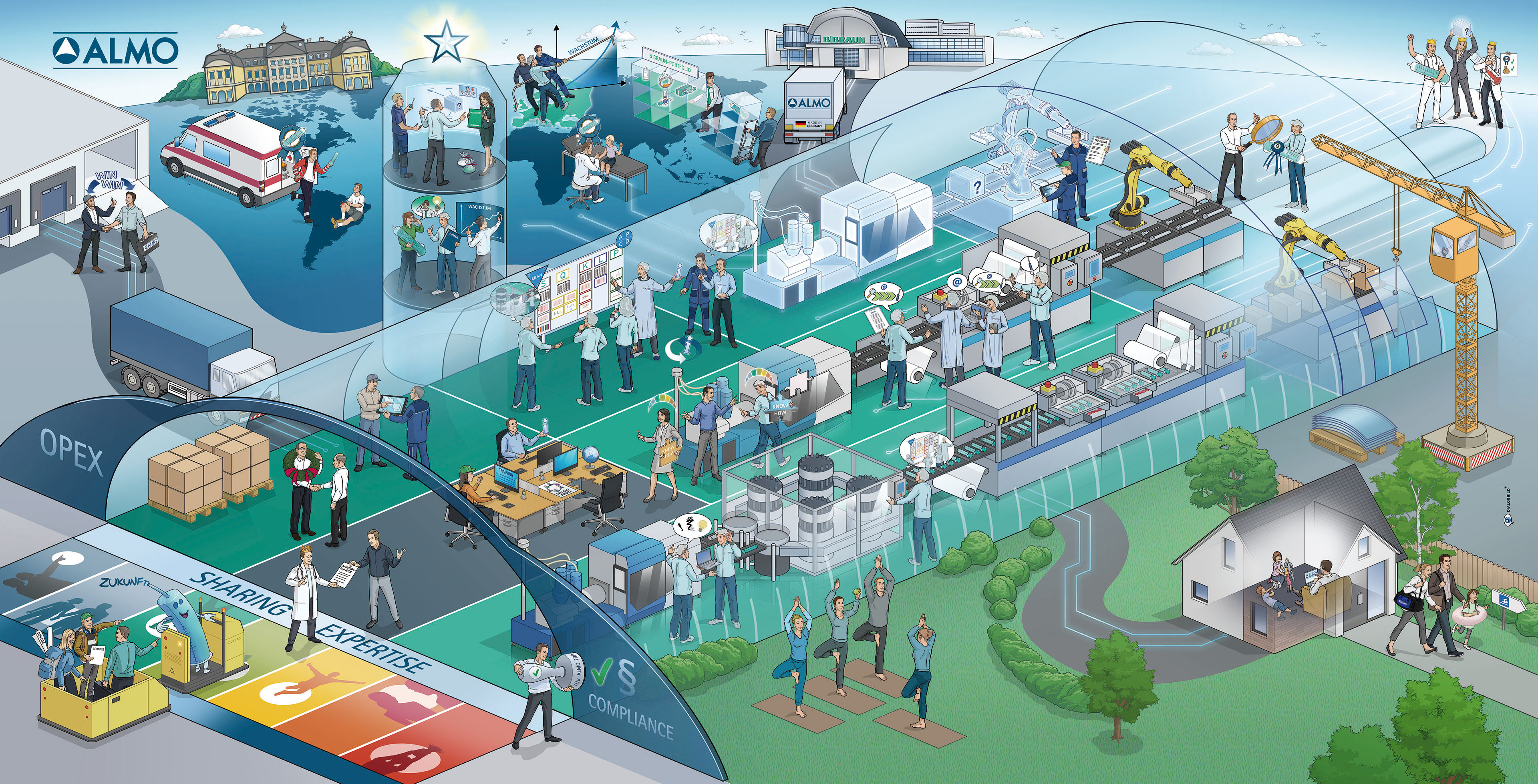 AN EXCERPT OF THE ROLL-OUT GAMES 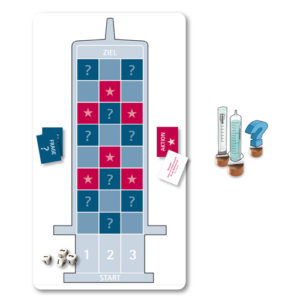 "Syringe Game"
Three players compete against each other on the 80 x 140 cm playing field in the form of a syringe. By throwing dice, they move in the direction of the goal and must either answer questions about the change process or solve puzzles about the corporate guidelines. 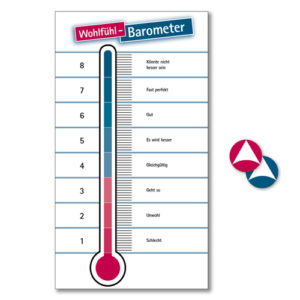 "Feel-good barometer"
The mood of the workshop participants is recorded on a feel-good barometer. At the beginning of the event, each employee places a red and at the end a blue setting stone on the field that corresponds to his or her mood. 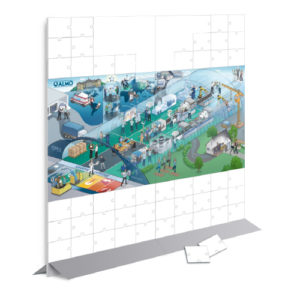 "Puzzle Wall"
On the puzzle wall, each participant has the opportunity to contribute their own ideas for possible new products. So every employee can write or draw his idea on a magnetic puzzle piece and thus expand the ALMO world. 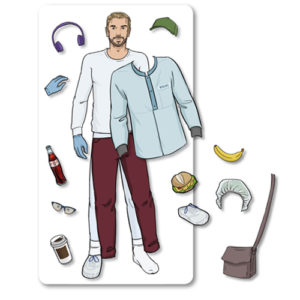 Action Card "Dress Up Doll"
In this puzzle, the clothing regulations within the company are queried using a dressing doll.